Lego celebrates 90 years of its iconic plastic bricks and the ‘power of play’ with a global range of events and activations celebrating World Play Day, including celebrity meet-and-greets, a revamped Leicester Square store welcoming events for children and families, branded tie-ups and the unveiling of a gigantic plastic birthday cake.

The Danish company said it was ‘devoting its birthday celebrations to helping more families find some playtime during the day, after new research found families feel they don’t play enough’ .

Today (August 10) sees the reopening of London’s Lego Leicester Square store (shown below), with an “opening full of games in what is now the largest Lego store in the world”.

Fans lined up for hours ahead of today’s grand opening, with Lego character Lester (shown below) arriving by London bus.

The new-look store features ‘Stories of Britain’ builds, allowing visitors to have their photo taken alongside William Shakespeare, Sherlock Holmes, in the driver’s seat of a model of James Bond’s Aston Martin DB5 , or standing next to Lego reconstructions of Buckingham Palace and Big Ben.

A selection of experiences have also been created: an interactive storytelling zone where guests can explore 90 years of play through a step-by-step experience; a customization studio where visitors can imagine themselves in Lego form; and a centerpiece of the store, the Discovery Tree, an interactive build showcasing Lego’s commitment to society and the planet.

Natali Stojovic, Lego Group Senior Vice President, Lego Retail, said: “Thank you to all the fans who visited the store opening. We were thrilled to have you and overwhelmed by your incredible support and passion for the brand. We can’t wait to see even more people at our opening celebrations over the next few days.”

Lego Group has also recruited world renowned photographer Rankin to help celebrate the 90th anniversary. He has photographed an assortment of Lego fans aged from one to 90, including well-known names such as former England footballer Peter Crouch.

The ‘1-90’ portraits are being shown in outdoor media across UK cities and on Lego.com over the next fortnight

Meanwhile, other London Lego stores (including Westfield Shopping Center and Stratford) will welcome a brand tie-up between Lego and Adidas, with a takeover also taking place at stores in New York and New York. Berlin.

Other stores in cities around the world have been transformed into “playgrounds with fun birthday-themed building activities, giveaways, and display areas for creations to showcase.”

Lego has partnered with creators around the world and spanning arts, sports, food and art. Singer-songwriter Alicia Keys, soccer legend Thierry Henry, player Loserfruit, chef Yotam Ottolenghi and DJ Peggy Gou are all on board to “remind people how simple and fun gaming can be with exciting game challenges”. 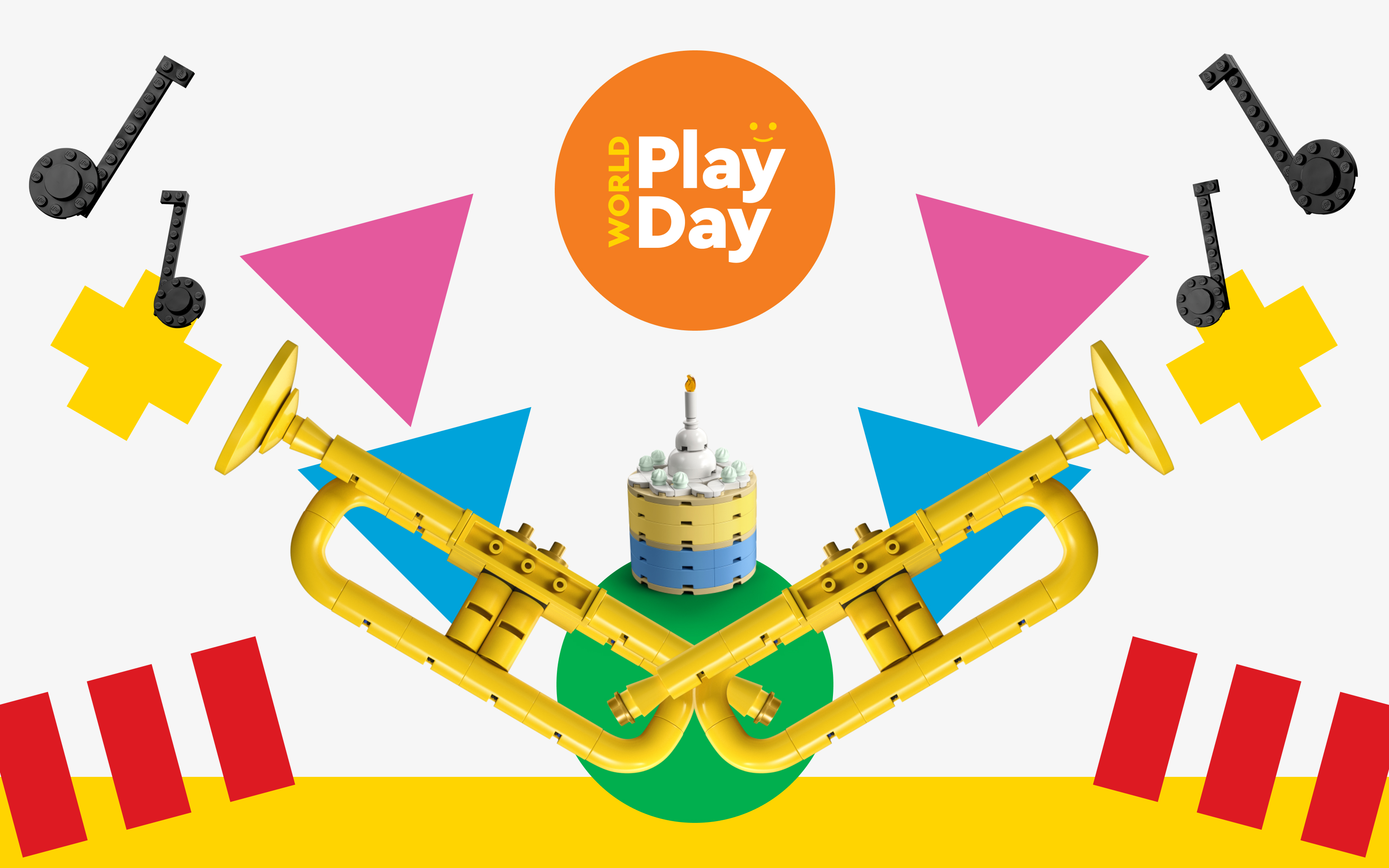 Elsewhere, visitors to Legoland theme parks are invited to “play your way” and experience five types of play activities and collect badges as they explore the attraction.

A range of activities kids can take part in are available online for 24 hours, including building challenges and a “Which Brick Are You?” quiz, available via Lego.com, its social networks and via Lego life magazine. Consumers can keep up to date with activity by following the hashtag #Lego90year or by visiting LEGO.com/90-Years-Of-Play.

Across the Atlantic, Lego is opening a new play facility in West Harlem, created with input from local children and youth organization The Brotherhood Sister Sol and brought to life by artist Hebru Brantley.

To top it off, Lego House (home to the new Lego campus pictured below) in Billund, Denmark will be unveiling a 94,128 piece birthday cake. 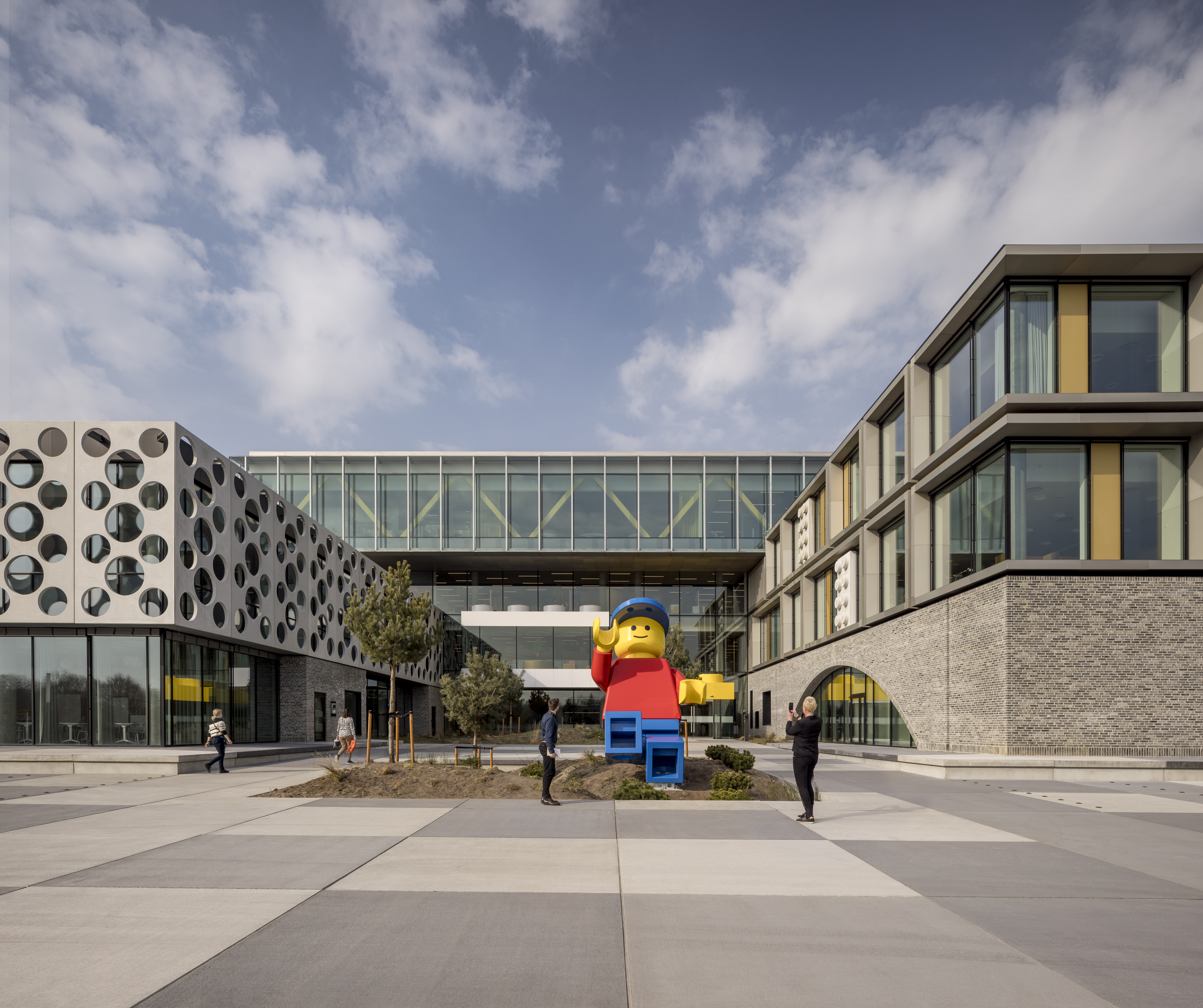 Lego was founded by Ole Kirk Kristiansen, a Danish carpenter who made his first wooden car in 1932, designed to teach children about the world. He named his company name from the Danish phrase “Leg Godt”, which means “to play well”.

Today, Lego Group is chaired by Kristiansen’s great-grandson, Thomas Kirk Kristiansen, who says of his ancestor: “He only had a small workshop, but he had big ambitions to make so that as many children as possible can enjoy the benefits of play.