Cincinnati, Ohio— The first pitch was approaching. The Dodgers were in town and the press dining room at Riverfront Stadium was busy.

Vin Scully sat down with a few friends: Jim Russo, Baltimore’s “Super Scout”; and Bobby Wine, the Phillies forward man and former shortstop. The conversation was lively and light. Wine had the gift of enhancing a room, of brightening the spirit of everyone it encountered.

“Vin, I think you’ll finish your dinner around round three,” Wine said with a smile.

Scully, the legendary Dodgers announcer, smiled as he wiped his face with a napkin and stood to greet yet another who stopped by his table to offer his regards.

Everyone, it seems, from the Reds’ front office made a trail to his table: Joe Bowen, director of scouting; Chief Bender, Head of Player Development; Reds forward man Ray “Snacks” Shore; and Joe Nuxhall, radio man and living legend.

When Reds announcer Marty Brennaman stopped by, his respect and admiration were as evident as his well-groomed hairstyle and bullfighter pants.

“Marty,” Wine chided, still smiling, “maybe one day you’ll be as good as Wine. You think?”

IT WAS IN 1980. It was my first year as a member of the Cincinnati Post sports team. Like countless others, I had grown up hearing Scully on radio and TV and marveled at his talent: how his stories – like artifacts from days gone by – seemed relevant to what was happening on field ; how her words seemed to float gracefully in, around and around the game; and how he never seemed to intrude into the room. He never appeared as a star. He simply called the game.

“Look who it is,” I said, nudging Hall of Fame writer and mentor Earl Lawson. 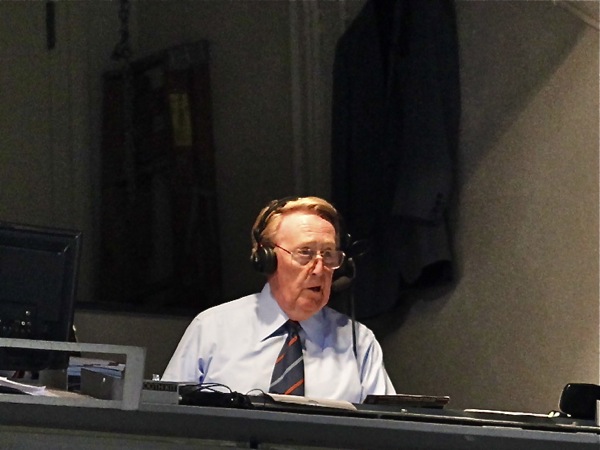 “Do you think that would be good? I mean he’s pretty deranged.

Within moments, I was introduced to Scully. “Have you met Jim Russo and Bobby Wine,” he said, shaking hands. “Join us. Sit down. So you’re new to the business,” Earl said. “Are you finding your way?

At first, Scully asks me more questions than I ask her. Where did I come from? Where did I go to school? Where had I worked before Cincinnati? Did I play ball?

Somewhere in the middle of it all, Russo and Wine had excused themselves to prepare for the game, but not once had Scully checked his watch.

Finally, I ask him if I can interview him for a report. “Of course,” he said. “Come with me to the stand. We still have some time before the game and we can pick it up tomorrow if you need more time.

We talked until a few minutes before the first pitch and not once did he seem rushed or needed me to continue. The next day, escape day for the Dodgers, we met again in the dining room and later in the broadcast booth.

My story made the front page of the sports section the day after the Dodgers left and when I ran into Brennaman, he stopped me.

“Son,” he said, “that’s a great story you did about Scully. Damn good job.

That was enough praise. I was 28, still trying to find my way and my place and still tripping here and there.

A FEW WEEKS later, however, I entered the office to find a letter lying in the center of my desk. At first I was surprised: “Who the hell is writing to me and whoever, how did they find me?”

The letter was on Los Angeles Dodger stationery and under the return address was the name: “Scully”.

I was afraid to open the letter but I was eager to know its contents. The last letter that caused me such mixed emotions was from my taxman.

It was a short note. “Dear Greg,” he began. “Just a note to thank you for the very nice article you wrote about me in the Cincinnati Post…” 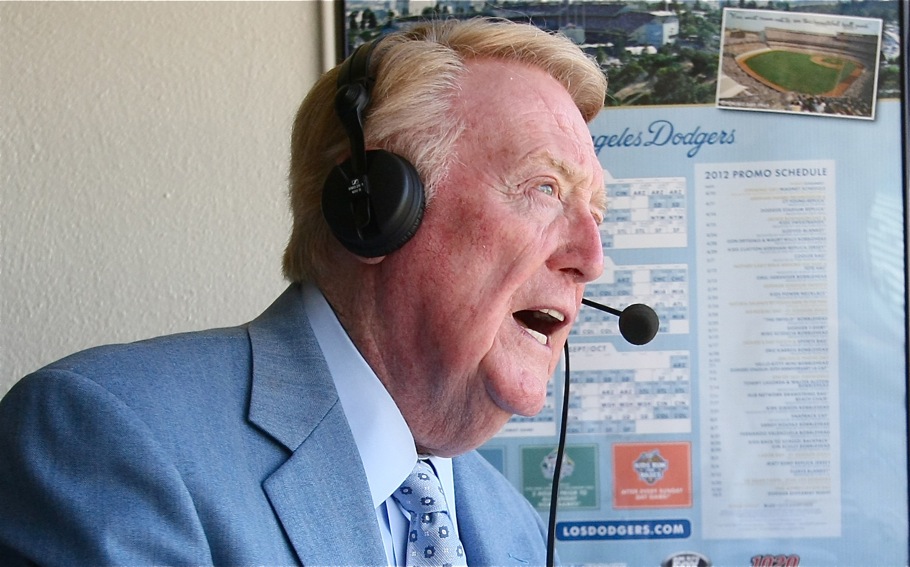 He concluded by saying, “Please keep in touch and thank you, once again.”

I sat in my chair feeling almost exhausted, the letter hanging loosely from my hand like a worn handgun.

“Look at this,” I said. “Vin Scully, Wine Scully took the time to write me a letter. Wine Scully. Can you believe it?”

Over the years, whether I was in Los Angeles or the playoffs, World Series — anywhere Scully might be — I made it a point to try and see him and say hello. To my surprise, he remembered me and always had a kind word. Time has not clouded his memory.

When I learned of his disappearance, I immediately thought of the brilliance of his work. Always, the game came first. He never presented himself as a star.

All athletes run better with chiropractic care from Team Huffer.

He worked for the Dodgers, but he wasn’t a housekeeper. He does not have sale the team. He did not engage in hyperbole or apologetics. He simply told us, in an inimitable style, what was happening on the pitch. A line drive was a line drive, not a “seed” or a “rocket” or a “gunshot”.

But when the opportunity arose, he was simply inimitable, unforgettable. Since Scully’s death, his appeal of Kirk Gibson’s game-winning home run, Game 1 of the 1988 World Series against Oakland, has been told and retold. He doesn’t age.

Gibson suffered from a swollen knee and a troublesome hamstring. The injury was such that he was not included in pre-match presentations. But down 4-3, down in the ninth and a man in the front row, Gibson was called for a pinch hit. Facing Dennis Eckersley, one of the game’s best shooters, Gibson barely able to stand and swing, worked the full count by fouling a handful of fastballs down and away.

Finally, Eck placed one close enough for Gibson to reach. He seemed to be throwing the bat at the ball rather than swinging it. Scully’s call was magical. It was masterful.

“High-flying ball to right field,” Scully said. “She’s gone. In a year that has been so unlikely, the impossible has happened.

In that moment, he sat down and let the sounds of the celebration from the stands and the sights of the pitch carry the moment. He didn’t say a word for over a minute. Then and now, hearing him again, you wondered if he was going to say another word. Eventually, he resumes and there is laughter in his voice.

“And now,” Scully said, as the replay unfolded, “the only question was whether he could get around the bases unaided.”